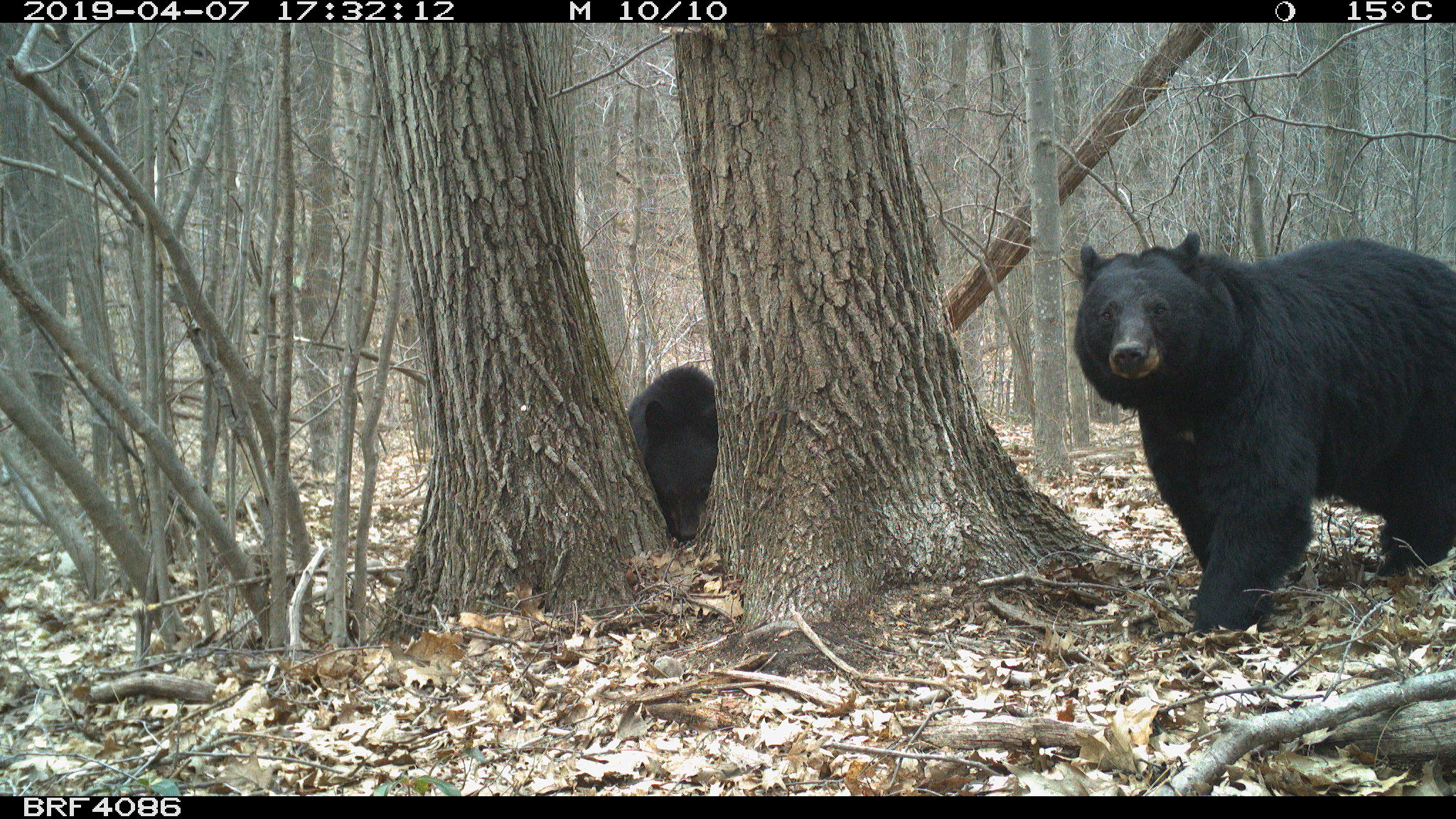 Black Rock Forest is located at the intersection of two ecological systems: the New York-New Jersey Highlands and the Hudson River Basin. The resulting variety of terrestrial and aquatic habitats contributes to the Forest’s high biological diversity.

Black Rock Forest’s mountainous topography results in a series of different ecological zones, from low stream bottoms with rich soils to mountaintops and ridges with shallow bedrock and exposure to the elements. Species composition at each level reflects these environmental differences.

Forest community types are interspersed with a variety of aquatic communities. Seven lakes and ponds and numerous streams, bogs, wetlands, and vernal pools result in a complex mosaic occupied by a wide variety of organisms. The north-facing slopes of the Forest are shady and cool, featuring many plants and animals typical of northern hardwood forests, while south-facing slopes are generally much warmer and drought-prone, harboring species typically found much farther to the south.

Most of the Forest’s streams drain north to Moodna Creek, which enters the Hudson River 57 miles north of the river’s mouth, at the southern tip of Manhattan. Some southern portions of the Forest drain into Highland Brook, which enters the Hudson at mile 52, just south of West Point. Multiple interactions link the Hudson to the surrounding uplands and watershed areas. Among the most important of these links are the fluxes of fresh water, nutrients, energy, organisms, and sediment from uplands into the river.

The Hudson River is an arm of the Atlantic Ocean, with measurable salinity as far upriver as Newburgh Bay, and up/down river tides that alternate twice daily. It is biologically quite diverse, hosting both freshwater and saltwater flora and fauna, along with the creatures that feast on them. The Hudson represents one of the great stories of ecological recovery, returning from an extremely polluted state prior to the 1960s to today, when it harbors more than 200 species of fish. Much of the biota of the Hudson live part of their lives in the freshwater streams that feed the river, including Black Rock Forest streams, and the remainder in the river or the Atlantic Ocean.

The existence of the Hudson River as a sea-level cleft through the Highlands provides a natural north-south passageway for many plants and animals, including humans. For many species with distributions farther to the south, the Hudson serves as a corridor allowing dispersal farther north than elsewhere in their range. Thus the immediate vicinity of the Black Rock Forest is remarkably variable in environment and biota: one can find blue crabs, bald eagles, bobcats, and boreal conifers all within a few miles of one another. And, perhaps even more remarkable, Manhattan is visible from the Forest – at least on clear days.